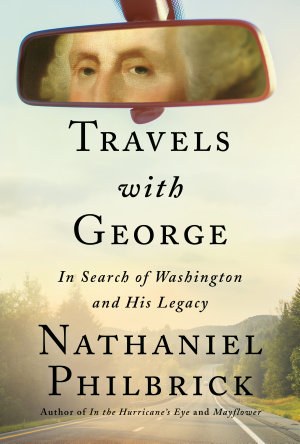 "Does George Washington still matter? The bestselling author argues for his unique contribution to the forging of America by retracing his journey as a new President through the former colonies, now an unsure nation. A new first-person voice for Philbrick, weaving history and personal reflection into one narrative. When George Washington became president in 1798, the United States of America was still a loose and quarrelsome confederation and a tentative political experiment. Washington undertook a tour of the ex-colonies to talk to ordinary citizens about their lives and their feelings about his new government, and to imbue in them the idea of being one thing--Americans. Nathaniel Philbrick embarked on his own journey into what Washington called "the infant woody country"--and to see for himself what it had become in the 230 years since. Writing in a thoughtful first person about his own adventures with his travel companions (wife and puppy), Philbrick follows the tour of America that Washington went on after becoming President--an almost 2,000-mile journey from Mount Vernon to the new capital in New York, a tour of New England, a venture out across Long Island, and into the hinterlands of Georgia, South Carolina, and North Carolina. The narrative moves smoothly back and forth from the eighteenth to twenty-first centuries, so we see the country through Washington's eyes as well as Philbrick's. Written at a moment when America's foundational ideals--or claims to them--are under scrutiny, Travels with George grapples bluntly and honestly with George Washington's legacy as a man of the people, a mythical figure of the early republic, a reluctant President, and a plantation owner who held people in slavery. At historic houses and landmarks, Philbrick reports on the reinterpretations at work, as well as meeting reenactors and other keepers of the flame. He paints a picture of 18th century America as divided and fraught as it is today, and he comes to understand how Washington entranced, compelled, enticed, and stood up to the many different kinds of citizens he met on this journey--and how through belief, vision, and sheer will he convinced them that they were now all Americans, creating a sense of national solidarity that had never existed before"-- 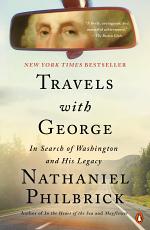 Authors: Nathaniel Philbrick
Categories: History
Does George Washington still matter? Bestselling author Nathaniel Philbrick argues for Washington's unique contribution to the forging of America by retracing his journey as a new president through all thirteen former colonies, which were now an unsure nation. Travels with George marks a new first-person voice for Philbrick, weaving history

Authors: Vivien Fallows
Categories: Voyages around the world
In 2000, after her two children set off for new lives on the other side of the globe, Vivien Fallows embarked on a solo travel mission. Vivien kept a diary of her travels which have formed Travels with George. Throughout the book, Vivien shares stories of her adventures; from visiting 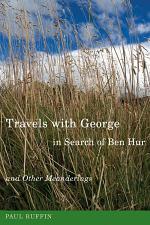 Travels with George in Search of Ben Hur and Other Meanderings

Authors: Paul Ruffin
Categories: Literary Collections
This fourth collection of essays by Paul Ruffin highlights his idiosyncratic wit and practiced storytelling skills in memorable autobiographic pieces ranging from the comic to the confessional. The first section, "Things Literary, More or Less," includes the title essay, in which Ruffin takes the reader on a rollicking tour with

Authors: Olga Vannucci
Categories: Literary Collections
In her travels with her young son, George, Olga Vannucci strolls and hikes through the landscapes of her Italian childhood, in five separate trips, visiting cherished people and places and describing them with joy and amusement. The writing is warm and refreshing, and the experiences vivid and touching -- you

Authors: George Mahood
Categories: Literary Collections
Knee-deep in a swamp in the depths of the Bolivian jungle, hunting for anacondas in a pair of sandals, it occurred to George that perhaps he should have booked that all-inclusive honeymoon to the Maldives after all.Join George and Rachel on their hilarious journey through the wilds of Ecuador, Peru