Should We Tax the Rich More 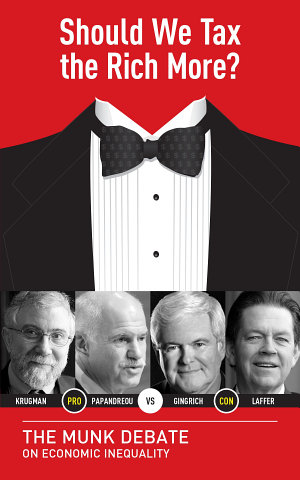 As middle-class incomes stagnate in advanced economies while the rich experience record income gains, the eleventh semi-annual Munk Debate pits wealth redistribution supporters Paul Krugman and George Papandreou against Newt Gingrich and Arthur Laffer to debate taxation — should the rich pay more? For some the answer is obvious: redistribute the wealth of the top income earners who have enjoyed, for almost a generation, the lion’s share of all income gains. Imposing higher taxes on the wealthy is the best way for countries such as Canada to reinvest in their social safety nets, education, and infrastructure while protecting the middle class. Others argue that anemic economic growth, not income inequality, is the real problem facing advanced countries. In a globalized economy, raising taxes on society’s wealth creators leads to capital flight, falling government revenues, and less money for the poor. These same voices contend that lowering taxes on everyone stimulates innovation and investment, fuelling future prosperity. In this edition of the Munk Debates — Canada’s premier international debate series — Nobel Prize–winning economist Paul Krugman and former Prime Minster of Greece George Papandreou square off against former Speaker of the U.S. House of Representatives Newt Gingrich and famed economist Arthur Laffer to debate if the rich should bear the brunt of higher taxes. For the first time ever, this stimulating debate, which will take place in front of a sold-out audience, will be available in print. With advanced countries facing overextended social services, crumbling infrastructure, and sluggish economic growth, the Munk Debate on economic inequality tackles the essential public policy issue: Should we tax the rich more? 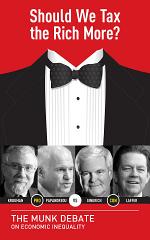 Should We Tax the Rich More?

Should We Tax the Rich More? The Munk Debate on Economic Inequality

Should We Tax the Rich More? 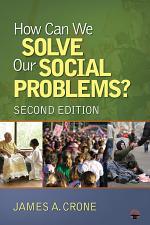 How Can We Solve Our Social Problems?

Authors: James A. Crone
Categories: Political Science
Updated with recent issues such as the national debate on health care reform, this Second Edition of How Can We Solve Our Social Problems? gives students a sense of hope by demonstrating specific, realistic steps we can take to solve some of the most pervasive social problems in America today.

Authors: Morris Pearl, Erica Payne, The Patriotic Millionaires
Categories: Distributive justice
"In Tax the Rich! Morris Pearl, the millionaire chair of the Patriotic Millionaires, and Erica Payne, the organization's founder, take readers on an insider's tour of the nation's tax code and show how the rich (and the politicians they control) structured the tax code to make themselves even richer. They