Four generations of Appalachian families The Book of Life presents Shelby Lee Adams' color photographs of four generations of the Appalachian people. Adams began photographing the inhabitations of the rural Appalachian mountain range in 1974, using black-and-white film and Polaroid materials. In time he also worked with color Kodachrome film, invariably returning to the Eastern Kentucky region where he was born. By 2010 Adams was photographing exclusively in digital color, and this book marks the first time he is sharing his color work. Adams has consistently focused on the valleys and homes of Kentucky families, relatives and neighbors in a predominantly seven-county region. He has often revisited individuals and families many times over decades, distributing his photos and books while creating new pictures. This personal approach has led to the creation of genuine and deep relationships between photographer and subject, in which the subject is often involved in unusually creative ways, verbalizing the emotions they would like to express during the shoot, and where and how they would like to be depicted. Born in Kentucky in 1950, Shelby Lee Adams attended the Cleveland Institute of Art where he encountered the photographs of the Farm Security Administration; these inspired him to take photos of the people of Appalachia, an ongoing project that has shaped his life's work. Adams' awards include a survey grant and fellowship from the National Endowment for the Arts (1978, 1992), grants from the Polaroid Corporation (1989-92) and the John Simon Guggenheim Photography Fellowship (2010). His work is held in collections including The Museum of Modern Art, New York, and Musée de l'Elysée, Lausanne, Switzerland. Adams exhibits and teaches internationally, and is currently developing his archive with the Center of Creative Photography in Tucson, Arizona. 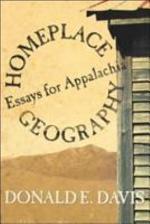 Authors: Donald Edward Davis
Categories: History
The author's twenty year career as a writer, environmental activist, and scholar of all things Appalachian is celebrated in a collection of essays about mining interests, the dying rural culture, grassroots activism, and more. Original.

Authors: Donald Edward Davis
Categories: History
Shelby Lee Adams first encountered the communities of the Appalachian mountains as a child, while accompanying his doctor uncle on his rounds. In the mid-1970s he started to photograph in the region, using a 4 x 5 camera, gaining and building a special trust among its often impoverished people, who 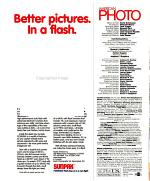 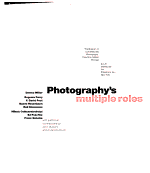