OUR PAL GOD and Other Presumptions 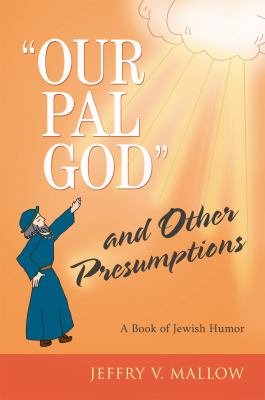 What began as a casual collection of Jewish jokes for Jeffry V. Mallow's personal amusement soon became a napkin-scribbling compulsion to document the very best in Jewish humor, whenever and wherever he came across it. The bigger his trove, the clearer it became to Mallow that the jokes were more than just funny-they were authentic in their depictions of Jews and their interactions with each other and with non-Jews; they represented the breadth of Jewish life. Field-tested by Mallow's stand-up comedy audiences for decades, here are guaranteed rib-ticklers about matchmakers, cantors, and circumcisers; the overly pious, freethinkers, and heretics; the illogic of Jewish logic; and even Jewish encounters with alien societies! In these pages, Jews poke fun at their own foibles and at the Gentiles who befuddle them, and Mallow offers witty and informative introductions, explanations, background, and cultural context. There's also a handy glossary at the end. Not only is this a laugh-out-loud compilation of the best Jewish jokes that date back to the Talmud and up to today, but it's also a fascinating and entertaining look at Jewish life around the world and through the centuries.