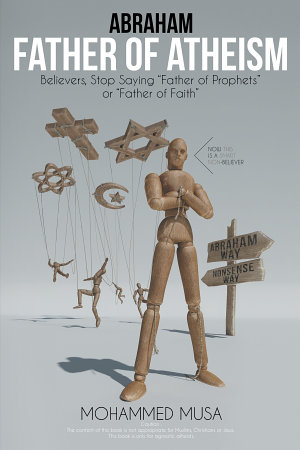 Dear non-believer, I like that when the infuriating alarm clock yells “Wake up, there’s a challenge waiting for you today”, rousing you from a pleasant dream, you do not smash it. You simply slap the off button and head to work. Let’s establish this: Your boss doesn’t care how you view your alarm clock. He or she only cares that you show up at work on time with a smile on your face. Saying, “Scientists have figured it out ... There is no god; and there is no need for one,” is common nowadays to counter Christians, Muslims and Jews, who turn up saying, “Wake up, atheist. There’s a challenge waiting for you in the afterlife.” Unfortunately, that response can be illogical: Ask any scientist, “Is the scientific community sure there is no creator?” and the likely answer will be, “No, we are only about 99% sure. Anyone could be wrong, as Richard Dawkins said.” The common response makes you a 1% gambler and frames you as defending personal conclusions instead of facts. It makes sense to defend statements such as that DNA decides biological characteristics such as eye and skin color and that chimps are our biological cousins, because these are facts. However, defending the statement “There is no creator”; after reading Adam’s story has nothing to do with defending facts. The only fact in the Adam story is that if we have a creator, he paid no attention to science while introducing himself to our ancestors. Instead, he preferred to focus on teaching them how to overcome the challenges of life. There are atheists who believe in science, but do not use it as the base of their arguments, they say “We don’t care when there is no evidence.” Be careful using this kind of reasoning. It is true that sometimes the problem is that there is no evidence. But sometimes, the problem is that there is no desire to see the evidence. There is a story about a police officer who released a murderer despite having video of him committing the crime. What was the officer’s rationale for dismissing the evidence you might ask. “It was made by the victim”;. Maybe the difference is little between the police officer and atheists who label the books, in which the Abraham story and the Mary story are written, as man-made rather than possible evidence or product of divine intervention. The troubling situation, if you’ll allow me to call it so, is easy to solve. Do you remember what we established about your boss? Think about it ... The creator, if he does exist, should not be less understanding or less open-minded than your boss. So what if you view todays Christians, Muslims and Jews as infuriating alarm clocks? What you should care about is leaving this world with a wide, confident smile similar to the smile of a confident employee when he or she says, “Good morning”; to their colleagues and boss. I am aware that you don’t deem books worth reading, unless their titles are such as ‘God Is Not Great’; or ‘God Is So Bad’, but I kindly ask you to make an exception. I want to draw that confident smile on your face. Considering the ignorance of contemporary Christians, Muslims and Jews, nothing should be easier than drawing that smile. Always remember that there is 1% probability that a creator does exist. It is not good form for you to look disoriented if the Creator says to you, “Okay, numb-skull, I appreciate your refusal to be a Christian, a Muslim or a Jew, but tell me: Why did you think I was less understanding and open-minded than your boss? Have I not made from an atheist a role model for you? What more did you want from me? Also, tell me why you have released me although I left in your hands books in which I admitted committing “crimes” against your kind?” 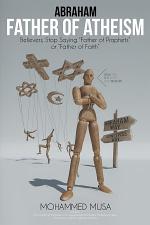 Authors: Mohammed Musa
Categories: Religion
Dear non-believer, I like that when the infuriating alarm clock yells “Wake up, there’s a challenge waiting for you today”, rousing you from a pleasant dream, you do not smash it. You simply slap the off button and head to work. Let’s establish this: Your boss doesn’t care how you

Abraham and His Atheist Father

The Father of the Prophets (3) Abraham and His Atheist People 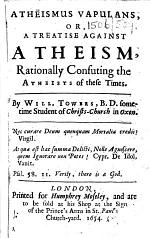 Athëismus vapulans, or, a Treatise against atheism, rationally confuting the atheists of these times. [With “Polytheismus vapulans; or, There is but one God.”]

Authors: William Towers
Categories: Religion
Books about Athëismus vapulans, or, a Treatise against atheism, rationally confuting the atheists of these times. [With “Polytheismus vapulans; or, There is but one God.”] 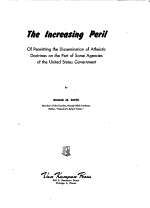